GUANGZHOU, China, Oct. 11, 2021 /PRNewswire/ — On October 9th, the 130th Canton Fair unveiled a pair of mascots inspired by bees, named «Hao Bao» and «Hao Ni» or «Bee» and «Honey» in English, respectively. These will be the Canton Fair’s first mascots since its establishment in 1957. 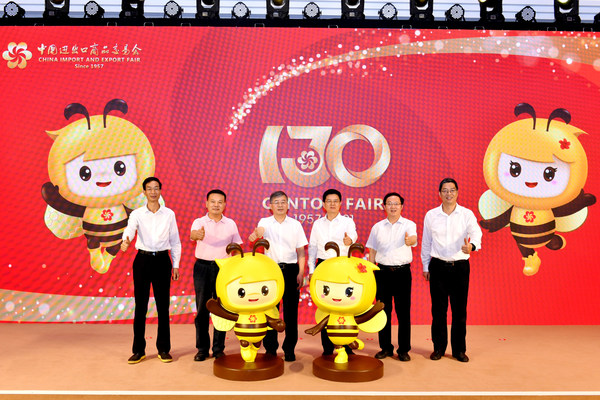 The affable pair of bees are named «Hao Bao» and «Hao Ni». «Hao Bao» is the name of the male mascot, with the word bao sounding similar to the word «Bee», and giving it a sense of preciousness and perseverance to symbolize how the Canton Fair is a bright and radiant treasure of China’s foreign trade development history that has made important contributions to the country’s opening up as well as economic and social development.

«Hao Ni», which sounds similar to «Honey», is the female and represents the friendship and beauty of the Canton Fair as a bond of friendship and bridge for trade. The Fair plays a key role in promoting friendly exchanges between Chinese people and the world, essentially acting as China’s golden business card.

Both names have the word ‘hao’, which means ‘good’ in Chinese, reflecting the goodness of the sellers, buyers, China, and the world. The antennas on their heads represent the interconnection and mutual beneficiary qualities of the Canton Fair, and «Honey» wears red kapok on her head, which is the city flower of Guangzhou, while the hexagonal grid wings of «Bee» stand for Canton Fair’s ability to innovate through technological progress.

The mascots also embody China’s concepts of peace, development, cooperation, and mutual gain as the country continuously opens up, bringing Chinese manufacturing, innovation, brands, and technologies to the world and contributing to the steady development of the global economy, creating a better life for all people.

The running and jumping motions of the two mascots and their open arms and joyful smiles represent Canton Fair’s sincere and warm welcome to friends from all over the world, showing China’s determination to open its doors, continue to expand the opening up and embrace the world by building communities with a shared future.

«The new mascots ‘Hao Bao’ and ‘Hao Ni’ will take center roles in promoting the Canton Fair globally and further burnishing its credentials, so as to better serve national strategies, all-round opening up, innovative development of foreign trade, and the building of the new development paradigm.» Chu said.