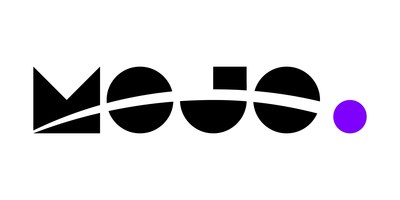 «MOJO is on a mission to make coaching easy, stress-free and fun for families everywhere,» said Ben Sherwood, founder and CEO of MOJO, and former co-chair of the Disney Media Networks, who has coached his two sons in soccer and flag football, among other sports, over the last 12 years. «We are especially proud to partner with FC Barcelona and NFL Flag to bring the very best coaching resources to parents everywhere.»

More than 82% of coaches who use the MOJO app say it makes coaching easy, stress-free and enjoyable, Sherwood said. «Working closely with youth coaching experts at NFL FLAG and FC Barcelona, we are excited for parents to experience the magic of fun, easy-to-follow, world-class training for kids.»

«NFL FLAG is committed to providing the most innovative tools and resources to our athletes, coaches, and fans,» said Izell Reese, executive director of NFL FLAG. «By partnering with MOJO, NFL FLAG coaches across the country will have convenient access to premium instructional videos right on their phone so they can create the best possible experience for their athletes.»

«The MOJO app is a game-changer, making coaching easier and less stressful with great practices at the tap of a button.» said Russell Wilson, Seattle Seahawks QB, chairman of NFL FLAG and MOJO founding partner, investor and board member. «I’ve coached my own kid. We all know it’s not easy. And yet, coaches are so important. Great coaches changed my life — and that’s why I got involved with MOJO.»

«FC Barcelona believes in the power of innovative technology to help coaches, parents and young players build confidence, develop fundamental skills and learn to love the game,» said a spokesperson for Barça Studios. «With our new coaching content partnership with MOJO, we are excited to share the Barça methodology and philosophy with millions of coaches, parents and young athletes around the world. By popularizing the Barça way in the MOJO app, we believe that we can help transform the lives of countless young athletes, coaches and families with FC Barcelona’s core values of humility, effort, ambition, respect and teamwork.»

To further its mission, MOJO has announced two new game-changing additions to the app. Beginning today, the MOJO coaching platform will be free for coaches. «We’re excited to offer MOJO to coaches for free,» Sherwood said. «There’s no catch. It’s core to our belief that every youth player deserves the best coaching possible and every coach deserves the best resources to succeed.»

MOJO has also added new «play anywhere» features for parents — including the new MOJO At Home library, which launches today. MOJO At Home features high-quality, engaging activities and games for parents to play with kids at home to continue growth outside of practice. The at-home offering includes games and drills created with both NFL FLAG and FC Barcelona.

With a team of Emmy-Award winning producers and close collaboration from Barça Studios — the content arm of FC Barcelona -— MOJO produced NFL FLAG and FC Barcelona content this summer at SoFi Stadium in Los Angeles and the fields of La Masia («the farmhouse»), the legendary soccer academy at the FC Barcelona Sports Center in Spain, where some of the world’s greatest players have learned the sport.

About FC Barcelona
FC Barcelona was founded in 1899 and is unique in many ways. The Club is owned by its more than 144,000 members. Since season 2004/05 they have won four of the Club’s five Champions League titles and ten of their 26 domestic league titles. Due to its very special personality, Barça is recognized as being ‘More than a club’. The team’s distinctive style of play is projected around the world by the best players and coaches of their time in combination with the club’s famous reliance on homegrown talent.

All of this goes hand in hand with its ongoing ambition to become the most admired, beloved and global sports institution on the planet. This mission is supported by such core principles as humility, effort, ambition, respect and teamwork, while the club is also famed for its commitment to society, which is channelled through the FC Barcelona Foundation and its work to educate children through the positive values of sport. Such unstoppable growth in recent years has led to a global reach of more than 400 million fans on social media, being the sports club with the most followers on social.

About Barça Studios
Barça Studios is owned and operated by FC Barcelona, centralizing the creation, production and distribution of the club’s audiovisual content. Barça Studios offers fans original and premium quality products while promoting the Barça brand and generating a new revenue stream for the club.

About MOJO
MOJO is on a mission to make youth sports more fun for everyone – one kid, one coach, one team at a time. Launched in February 2021, MOJO is a robust digital platform that empowers parents who coach youth sports to bring world-class training to the largest pool of players in the world – kids aged 13 and under. MOJO believes that youth sports has the power to transform lives, not just for the kids on the field but the coaches and parents on the sidelines. MOJO is committed to equity, inclusion and helping to level the playing field for kids everywhere. MOJO’s partnerships include: NFL FLAG, FC Barcelona, US Youth Soccer, Say Soccer, Positive Coaching Alliance and more. For more information, visit www.mojo.sport.