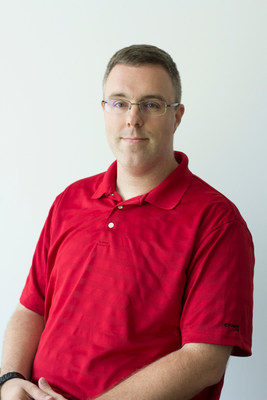 «Dr. Roberson is an excellent academic leader to prepare this generation of students to excel in computer sciences careers,» Florida Southern College President Anne B. Kerr said. «His expertise, experience, and strategic planning skills ensure a bright future for the computer sciences program at FSC. He is a dedicated educator, excellent mentor to students, and is committed to helping students achieve their fullest potential. We remain grateful for the investment of Mr. and Mrs. Charles Jenkins to fund a world-class educator such as Dr. Roberson in this discipline at Florida Southern.»

From 2007 to 2016, he was a faculty member in the Computer Science and Technology Department at Plymouth State University, where he served as chair from 2012-2016 before joining Florida Southern.

«It’s a great honor and very humbling to have been selected,» Roberson said. «It’s really exciting. It means all the hard work I put in is being appreciated by the college and makes me motivated to lead the department forward.»

The Charles and Mildred Jenkins Chair in Mathematics and Computer Science was first given in 1987 by Charles and Mildred Jenkins. Charles Jenkins was an executive with Publix Super Markets, helping to bring the chain to national prominence. Charles was elected to the board of directors in 1953, and in 1954, was promoted to vice president and general manager. In 1972, he was elected president, and then chairman the following year. He served as chairman until 1985, and remained as a member of the board until 1996.

«Dr. Roberson is a consummate teacher-scholar who crafts engaging and meaningful classroom experiences that equip our students to excel personally and professionally,» said Dr. Brad Hollingshead, provost and vice president for academic affairs at Florida Southern.

Founded in 1883, Florida Southern College is the oldest private college in the state. The College maintains its commitment to academic excellence through 70+ undergraduate programs and distinctive graduate programs in business administration, education, nursing, and physical therapy. Florida Southern has a 14:1 student-to-faculty ratio, is an award-winning national leader in engaged learning, and boasts 30 NCAA Division II National Championships. Florida Southern is ranked at #8 among the «Best Regional Universities in the South» by U.S. News & World Report in its 2022 «Best Colleges» guide and is included in The Princeton Review’s 2022 Best 387 Colleges guide and the «Fiske Guide to Colleges 2022.» The 2021-2022 Colleges of Distinction guidebook praises Florida Southern’s AACSB accredited Barney Barnett School of Business and Free Enterprise alongside the College’s School of Education and its Ann Blanton Edwards School of Nursing and Health Sciences. Poets & Quants, U.S. News & World Report, and The Princeton Review further laud the Barney Barnett School of Business and Free Enterprise and the Ann Blanton Edwards School of Nursing and Health Sciences as foremost programs in the nation for business and nursing education. Home to the world’s largest single-site collection of Frank Lloyd Wright architecture, FSC has appeared on The Princeton Review’s top 20 «Most Beautiful Campus» national listing for 12 consecutive years. Connect with Florida Southern College.

Sports Nutrition Market Worth US$ 75 Bn by end of 2027, Says Coherent Market Insights