PFC has all of the action of a mixed-martial arts fight complete with current big name MMA fighters but without the blood and broken bones and a lot more fun. Instead of fists and feet, the weapon of choice is patent pending fighting pillow developed by the PFC team stated PFC’s CEO, Steve Williams. «The idea was to develop a real fighting sport that would appeal to the international family audience by combining the ancient weapon known as a «pillow» with experienced MMA competitors & boxers and strict rules, but the PFC isn’t just about hard hitting pillow fighting, its also all about pure entertainment and fun,» stated PFC’s President Robert Albolino.  In between rounds it’s about fun, we have the PFC Ring Girls for when the guys fight and PFC Ring Boys for when the girls fight which is something no fight has ever featured.  We also have comedians and a cool rapper named Vortex to keep the entertainment value up high,» says Albolino.  PFC has quickly evolved into a very popular sport- based showcase complete with all the strength, stamina and strategic skills of the other more brutal combat sports but with a massive amount of fun for attracting and keeping maximum eyeballs. In fact, many of the PFC fighters are professional MMA fighters.  «It’s all about the boom & the bang and strategy of landing a solid blow, but the weapon is a specially designed patent-pending pillow design that emits a loud bang complete with rip stop nylon and hand straps. It’s all the thrill of a hand-to-hand combat fight without any blood and a lot more noise for the senses.  PFC3 will feature some internet influencers as fighters and availability on YouTube, we are also talking with international partners to launch PFC in Brazil & Japan,» said Paul Williams, PFC co-founder.

Four of the 12 matches Saturday night feature women. A tag-team pillow fight, the first ever, will conclude the night’s activities. Each round is 90 seconds but, even the fighters concede it’s a test of stamina. «When you get up there, 90 seconds of hard action and you’re like, ‘Whoa, I better pace myself», boxer Shawn Riggins said after working up a sweat in his August practice bout. «It’s a combat sport, whether it’s a pillow or your bare hands and don’t kid yourself, it hurts to get popped.»

Want to be a fighter? Register here. 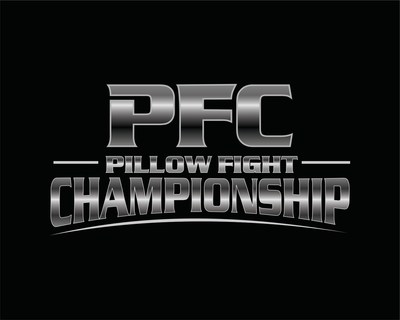