TORONTO, Oct. 18, 2021 /CNW/ – The Scotiabank Toronto Waterfront Marathon 10K (STWM) took place on Sunday with a sold-out field of 5,000 participants, marking a welcomed return to in-person racing with Canada Running Series’ first in-person race since the beginning of the pandemic. 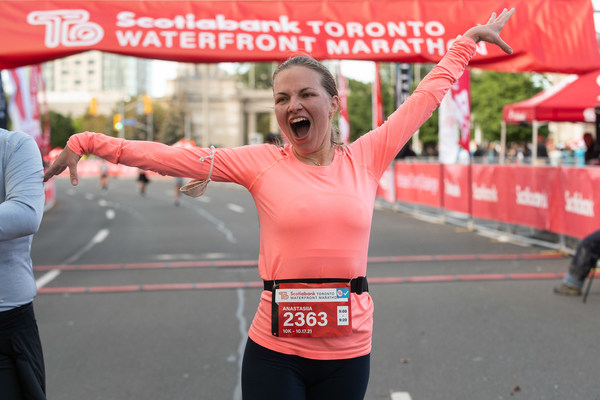 «We’re absolutely thrilled to be returning to in-person racing with the Scotiabank Toronto Waterfront Marathon 10K, and to be partnering with Tamarack Ottawa Race Weekend to host the Athletics Canada 10K Championships,» said Charlotte Brookes, National Event Director at Canada Running Series. «Even more, we’re honoured to be running for a cause, raising nearly $2 million so far for 151 local charities through the Scotiabank Charity Challenge, putting us on track to raise $3 million this year.»

While Scottish star Sarah Inglis is the official winner of the Scotiabank Toronto Waterfront 10K with a time of 31:59, Vancouver’s Leslie Sexton claimed the Canadian 10K Championships title in 32:04, taking 1:13 off her personal best. Sexton was followed by Cleo Boyd (33:21) and Natasha Wodak (33:33). Ben Flanagan impressed in his 10K debut, finishing in 28:41, and was closely followed by Olympians Lucas Bruchet (28:49) and Benjamin Preisner (28:53). Three-time Paralympian, Josh Cassidy, took first place in the wheelchair race in 21:50, an incredible redemption after being left off the Tokyo 2020 team.

«I’m super happy Sarah [Inglis] was in the race even though she wasn’t eligible for the Championship,» said Sexton of chasing Inglis throughout the race. «She was always close enough that I could see her and feel like I was chasing her, or at least just trying to hang on and keep the gap about the same. Having her pull me along was awesome. I ran a PB by like a minute and I’ve got her to thank in part for that.»

After spending some time racing in the US, securing the 10K Championships title on Canadian soil was incredibly special for Kitchener-native Flanagan, but it was not without a challenge. Bruchet and Preisner stayed close behind throughout, ensuring a competitive race for Flanagan’s 10K debut as they chased down the title.

«I’ve got a lot of experience with the 10K on the track, but I’ve never run a 10K on the road, so it’s nice to have an official PR and to dip under 29 minutes,» said Flanagan. «It was a very elite field, and everyone wanted it today so I knew it was going to be a pretty hard fight to the line. And that’s what ended up happening.»

To ensure the health and safety of participants, staff, volunteers, vendors, and media, verification of full vaccination was required to gain access to the race area. Staggered start times funnelled 50 waves of 100 people each across the start line to ensure social distancing on the course.

To see a list of charities involved in the Scotiabank Charity Challenge and to donate, please visit the Scotiabank Toronto Waterfront Marathon website.

Using innovation and organization as guiding principles, Canada Running Series stages great experiences for runners of all levels, from Canadian Olympians to recreational and charity runners. With a mission of «building community through the sport of running,» CRS is committed to making sport part of sustainable communities and the city-building process. For more information, visit: www.torontowaterfrontmarathon.com.

About Athletics Canada
Athletics Canada is the national sport governing body for track and field, para athletics, cross-country running, and road running. Its purpose is to support high performance athletics excellence at the world level, and to provide leadership in developmental athletics. Athletics Canada is a not for profit, charitable organization operating under a board of directors elected by provincial / territorial members. For more information, visit: athletics.ca.

The Tamarack Ottawa Race Weekend was named Event of the Year at the 2019 Canadian Tourism Awards, and in 2020, its title sponsor Tamarack Homes won the Sport Tourism Canada’s Canadian Sport Event Sponsorship Initiative of the Year Award. The event is one of only two running events in Canada to host a World Athletics (formerly IAAF) Gold Label Marathon, and is host to Athletics Canada’s Canadian 10K Championships. For more information or to register, visit: www.runottawa.ca.

About Scotiabank
Scotiabank is a leading bank in the Americas. Guided by our purpose: «for every future» we help our customers, their families and their communities achieve success through a broad range of advice, products and services, including personal and commercial banking, wealth management and private banking, corporate and investment banking, and capital markets. With a team of over 90,000 employees and assets of approximately $1.2 trillion (as at July 31, 2021), Scotiabank trades on the Toronto Stock Exchange (TSX: BNS) and New York Stock Exchange (NYSE: BNS). For more information, please visit http://www.scotiabank.com and follow us on Twitter @ScotiabankViews. 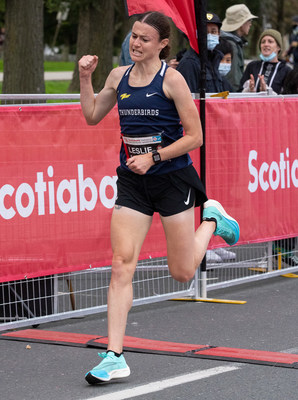 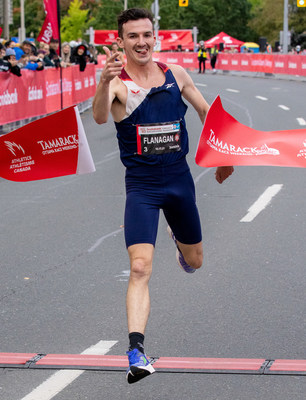