BURLINGTON, Mass., Sept. 7, 2021 /PRNewswire/ — Home renovation experts and social media influencers Susan & Paul Kadilak star in this new 10 episode series sharing their expertise with homeowners who, for one reason or another, have fallen out of love with their home. The Kadilak’s social media includes dramatic transformations, spousal banter, and design inspirations that are clicked, pinned, watched, and commented on by tens of thousands of viewers each month.

«Outgrowing your home doesn’t always mean it’s time to move,» said Susan. «We are passionate about helping homeowners who love their neighborhood, but don’t love their house, turn it into something they never thought possible. There’s nothing better.»

In the premiere episode the Kadilak’s breathe new life into a 1980’s colonial for a blended family of six. In order to make spaces large enough for the family they redesign a narrow kitchen, battle pipes in the wall, and creatively contend with an eyesore of a fireplace in order to make it all work.

Future episodes include projects ranging from kitchen renovations to new builds. Season One of «Renovation Rekindle» will feature Massachusetts homes in the Metro Boston area.

«Renovating your house is a stressful process in general,» said Paul. «Your house is upside down, you’re spending a ton of money, and you get decision fatigue. We guide you through the process to get it all done while trying not to take things too seriously.»

Susan grew up in the construction business and built her first home when she was 24. When Paul met Susan he was intrigued by her love of renovating which led to over a decade of transforming hundreds of properties together. When they’re not working together, Paul is also a local firefighter and Susan runs her real estate brokerage. They have 4 children.

The production team is led by Executive Producer Seanbaker Carter. He has formatted, produced, and overseen series for multiple networks including Bravo’s Queer Eye for the Straight Guy, Animal Planet’s Dogs 101 franchise, and VH1’s Swab Stories.
Viewers can see show updates and more project details on Instagram, Facebook, YouTube, and Pinterest @KadilakHomes or on the blog: www.KadilakHomes.com. 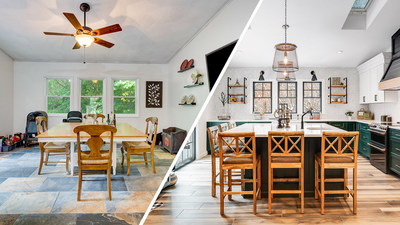 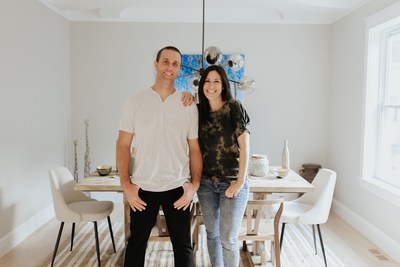 Learn why Golf Equipment Market is dominated by APAC

Quality of American Medicine Threatened, States President of the Association of American Physicians and Surgeons (AAPS)