~ The contest had participants from 30 nations, including, India, Australia, Canada, the US, UK, and France ~

~ All the rounds were open to votes from Lomotif users, and participants were judged based on vocal technique, expression, and quality of performance ~ 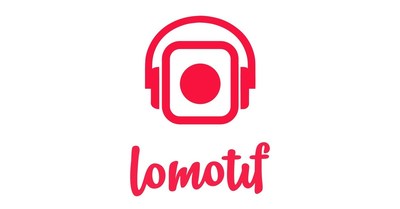 Spanning all corners of the globe, the allure of competition saw it garner participants from 30 different nations including Russia, India, Nigeria, Australia, Canada, France, the United States, and the United Kingdom, making it a tight race on a global scale. All participants were evaluated based on their vocal technique, expressiveness, and overall performance quality. The worldwide title winner won an opportunity of a lifetime and received a $250,000 record deal which includes a song produced by Teddy Riley, a Grammy® Award-winning music producer, singer, lyricist, and multi-instrumentalist, who has worked with iconic artists such as Michael Jackson, Lady Gaga, Pharrell, and BTS.

Sharing about her journey in ‘You’ve Been Scouted,’ Marina Tsyura, 18, from Krivoy Rog, Ukraine, said, «I’ve entered and won several competitions in the past to showcase my skills, but Lomotif has given me my best experience so far. It offered me my chance to shine among many talented artists from across the world. My goal with Lomotif’s ‘You’ve Been Scouted’ campaign was to establish myself as an artist before a larger audience and take my art form ahead so that people connect with my work and I’m glad to have achieved that goal. I also hope this once in a lifetime opportunity will help me reach out to big labels and producers, and collaborate with them in future.»

Speaking about the campaign, Paul Yang, Co-Founder & Chief Executive, Lomotif, added, «Looking at the unprecedented number of participants, it’s safe to say that the ‘You’ve Been Scouted’ campaign has been a resounding success. This campaign allowed artists from all over the world to showcase their talents and tremendously diversified the Lomotif community, one that has always been dedicated to uniting people through creativity and entertainment. I’d like to congratulate Marina from Ukraine. I wish her all the very best for her future endeavours and may she scale new heights in her journey to success.»

Lomotif is the leading video-sharing social networking platform that is democratizing video creation. Since the company was co-founded by video enthusiast Paul Yang in 2014, Lomotif has been granted three technology patents uniquely focused on empowering creators to share and watch short videos with ease through remix and collaboration. Paul’s bold vision is to build the world’s largest video vocabulary to accelerate the world’s transition to video-first expression. Lomotif, available in the Apple and Google stores, is a breakthrough downloadable app for hip hop, rap, and urban culture across the United States and Latin America. Lomotif is one of five partners selected by Snapchat for a bi-directional integration for posting stories between the two platforms.